I've been playing around in PICO-8, working on some generative art ideas. Lua is a fun little language that feels a lot like something between BASIC and JavaScript. Lua isn't my favourite language, but it's fun at the small scale. PICO-8, however, is a fantastic little game engine (or “Fantasy Console”) that has all of the feels of the 80s.

I started with a Minecraft style terrain generator, but as 2D tyles:

It was a fun attempt and performed reasonably well that I filed away under maybe later.

My second attempt was a stamp generation tool, that defines some simple verbs and nouns for generating art, and applies it to coloured tiles:

The third test evolves on the previous and improves the performance significantly:

I'm working on taking the basic concepts from these tests and building a Swift/iOS version that adds some interactivity. We'll see how that goes!

Playing with the Pico-8 fantasy console

I've been using Pico-8 as a virtual playground for playing with generative art ideas. Pico-8 is a highly constrained virtual machine that behaves a lot like a personal computer from the 1980s. It has a fixed colour palette, limited memory, limited screen size, and a simplified programming model using Lua. The constraints make it a great place to scale down ideas and quickly finish demos and prototypes.

This week I'm toying with generative art ideas, starting with a tool that stamps the screen in various patterns. I'm hoping to evolve these prototypes into a general plotter library, but for now I'm focused on making things that look cool, as a way to play in generative code again.

One of my demos this week is a GTIA style plotter that simulates a weird 80s graphic chip that drew wide pixels, but coloured in a way that produces some fun random patterns: 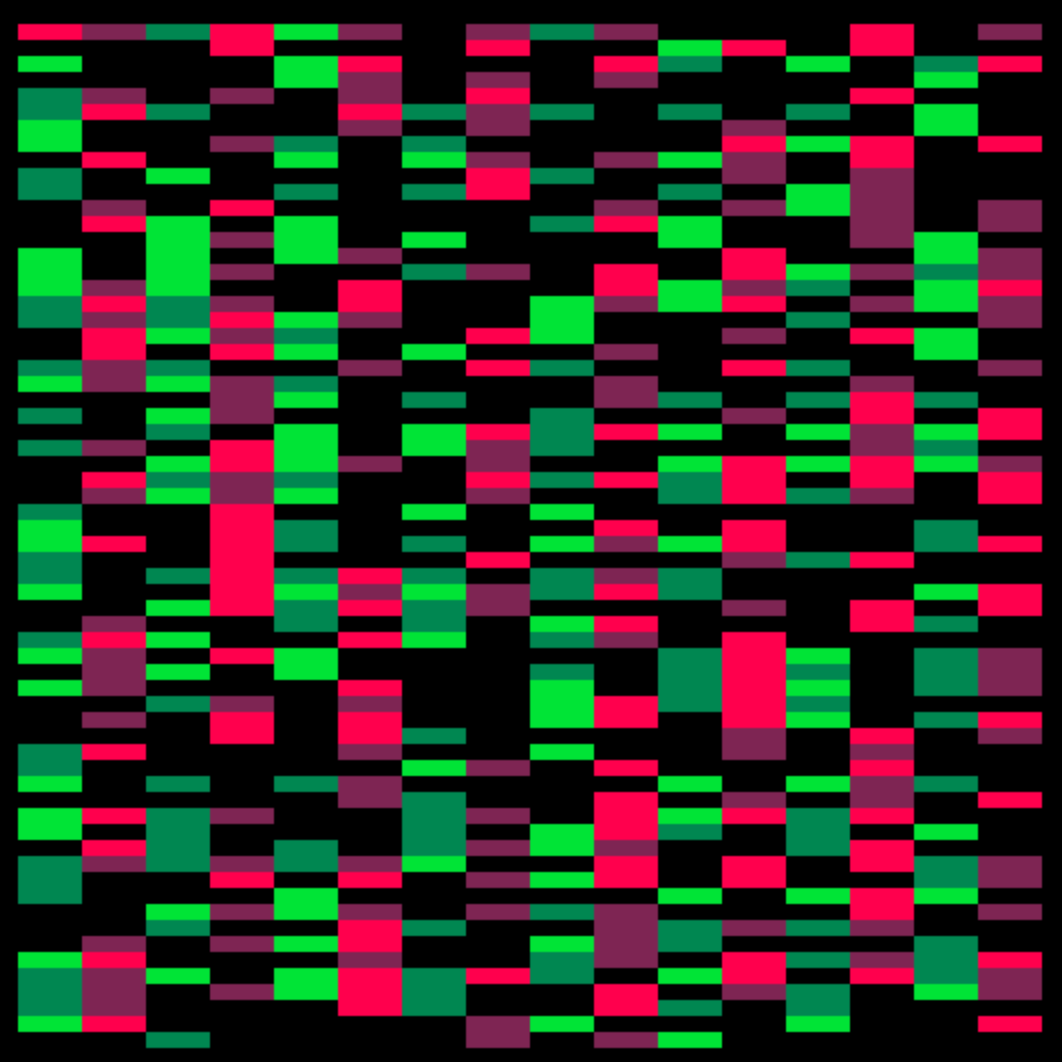